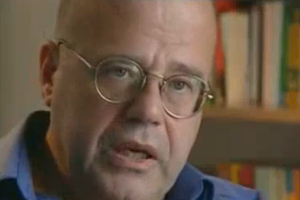 Unknown said…
The night of July 13- July 14 1995 President Izetbegovic said live on Radio Sarajevo: “the majority of our troops successfully pulled out from Srebrenica and is heading to Bihac to give a hand to Croatian army.” He mentioned no massacre. The same day Radio TV Sarajevo broadcast a documentary about the Srebrenica siege. A Bosnian soldier was interviewed. He stated “ we pulled out but many were still there. Arab volunteers are trying to stop them from running away”. Another Bosnian soldier came on and said “don’t say anything, to journalists jus f..k them off”.
When did commentators first start using the phrase “The Srebrenica Massacre [of x-thousands of Muslim men and boys. No reports from 11 July 1995 and ensuing days and weeks refer to a “Srebrenica massacre of 8000 Muslim men and boys.”
The search-engine Lexis-Nexis registers the following.
11 July: “Iranian foreign minister [Velayati], in a message to the UN secretary-general, has asked for immediate action to prevent a massacre of the defenceless people of Srebrenica by the Serb rebels. SOURCE: Vision of the Islamic Republic of Iran Network 1, Tehran, in Persian 0930 gmt 11 Jul 95; Source: Voice of the Islamic Republic of Iran Network 1, Tehran, in Persian 0930 gmt 11 Jul 95; SECTION: Part 4 Middle East; THE MIDDLE EAST; IRAN; ME/2353/MED. Message to UN secretary-general. Text of report by Iranian TV on 11th July.
18 July: Reports from the front in mid-July 1995, e.g. Chris Hedges in the New York Times of 18 July 1995, reported that thousands of armed Muslim fighters “slipped” through Serb lines under fire and arriving safe in Tuzla, held by Muslim forces (and a US garrison).
7 August: The news would have still been hot when Zbigniew Brzezinski wrote an Op-Ed piece in “The New Republic” of 7 August 1995 , under the headline: AFTER SREBRENICA. Zbig Brzezinski says only that something awful “might” happen. Nowhere does Brzezinski mention a “Srebrenica massacre”.
19 August: David Rohde, who spearheaded the story that became known as “the Srebrenica Massacre”, did not himself use any such phrase or make such a claim. In his story, in the Guardian of 19 August 19 1995 we find “...I saw what appeared to be a decomposing human leg protruding from freshly turned dirt...” He repeated Albright’s fabrication about a massacre in a soccer stadium in a nearby town, [where] human faeces, blood, and other evidence indicated large numbers of people were confined, and perhaps shot.” Also: “United Nations official estimate that 4,000 to 6,000 Muslim men are still missing in the wake of the Srebrenica and Zepa assaults.”

The lag time between 11 July 1995 and the first mention or press reports adverting to a “Srebrenica Massacre” is two [2] months.
The catch phrase “Srebrenica Massacre” does not appear until weeks after the alleged event. It will not be found in the press until the American-sponsored Croatian “Storm” (Oluja) on Serb Krajina in August-September 1995.

Did the “Srebrenica Massacre” happen? If so, never in the history of journalism since the advent of steam navigation and the electrical telegraph has it taken so long for a big “story” to break.
Chris Hedges of the NY Times reported from the Srebrenica front in mid-July. He had nothing to say about massacres at Srebrenica. He reported that 6000 to 15000 Muslim soldiers had “slipped” through Serb lines" (but shooting all the while).
John Pomfret of the Washington Post reported a week after the fall of Srebrenica that he witnessed about “4,000 Srebrenica troops who made their way through the forest for safety in Tuzla.”